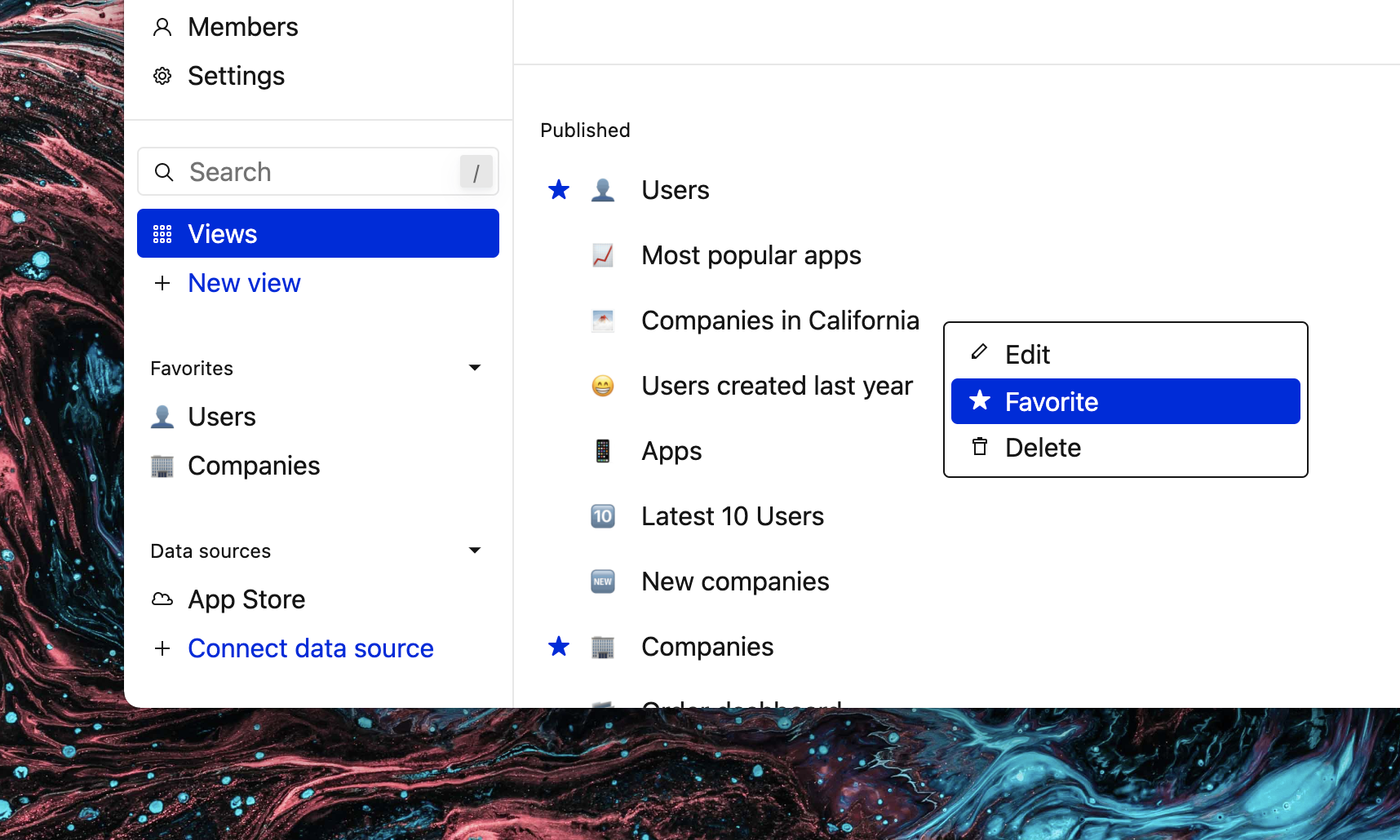 We've added custom right-click context menus to the app which let you quickly take actions on certain items. To start, they're available on the Views page (to edit, favorite, and delete), and in the headers of tables (to set the primary attribute, and apply a sort). This also freed up left-click on table headers, which we're now using to quickly apply a sort on a column.

We plan to use context menus more heavily across the app as we keep building, to simplify the UI and make taking actions faster.

We've added text searching to SQL views to allow you to easily filter for records containing some text. We've had this functionality in Basic views for a while, but wanted to bring it over to SQL view too. This is the first step in bringing full feature-parity across both Basic and SQL views. We plan to add UI-based filtering and sorting to SQL views as well.

You can trigger a search on a SQL view by pressing Ctrl/Command+F. Note that we previously used Ctrl/Command+F for find and replace on the query—this has now switched to Ctrl/Command+Shift+F.