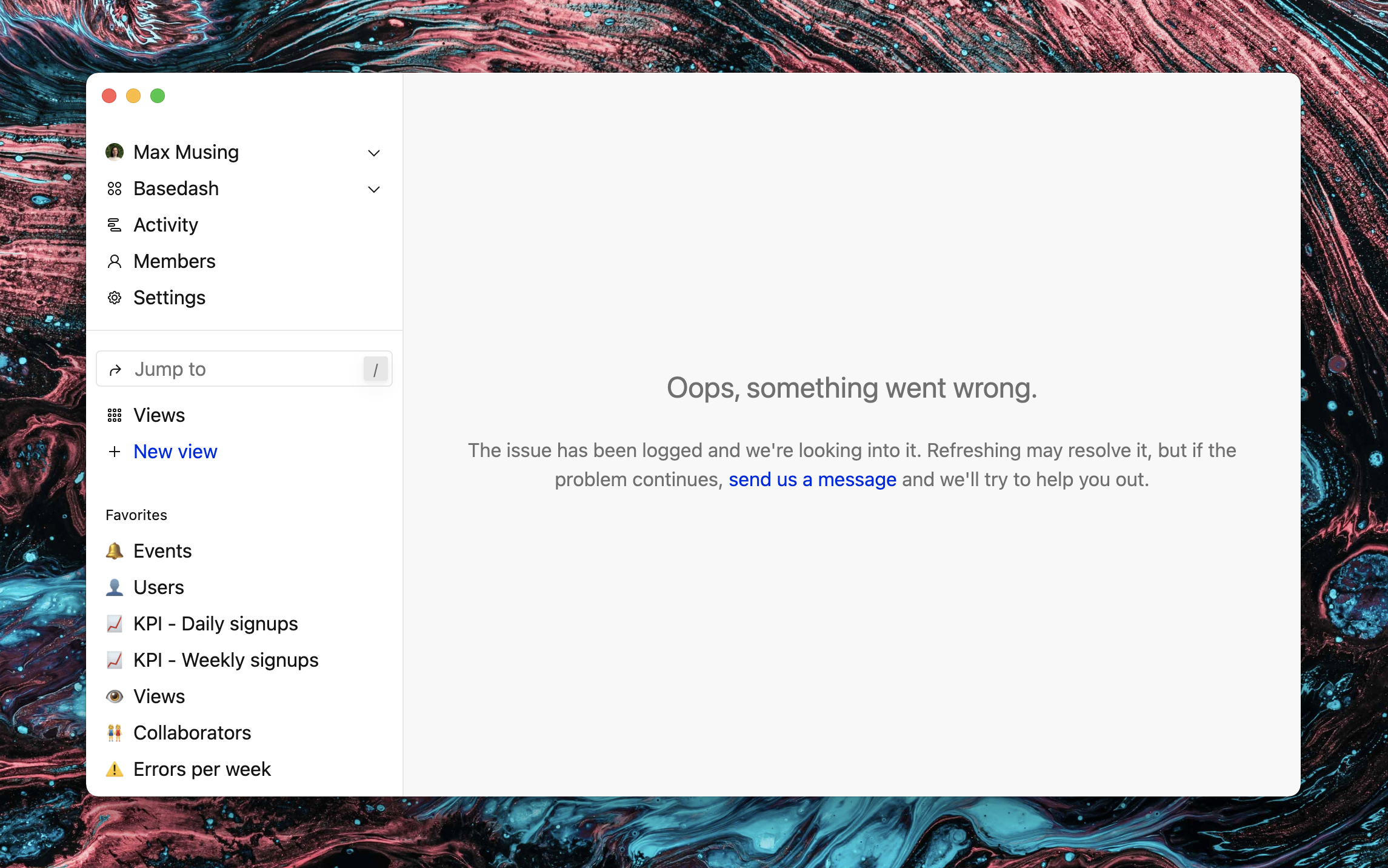 If you're an active Basedash user, you may have experienced the dreaded "Oops, something went wrong" error. It happens when we run into an error somewhere along the way of loading data for a view (or raw table). This is usually caused by a logic error in our code that converts your view into a SQL query that we run on your database.

This bug can be incredibly annoying, so we spent this past week focused on solving it. The solution took form in a few different ways:

This is the first step to improving stability of the app. We plan to vastly expand our testing suite which will prevent new bugs from entering the app wherever possible.