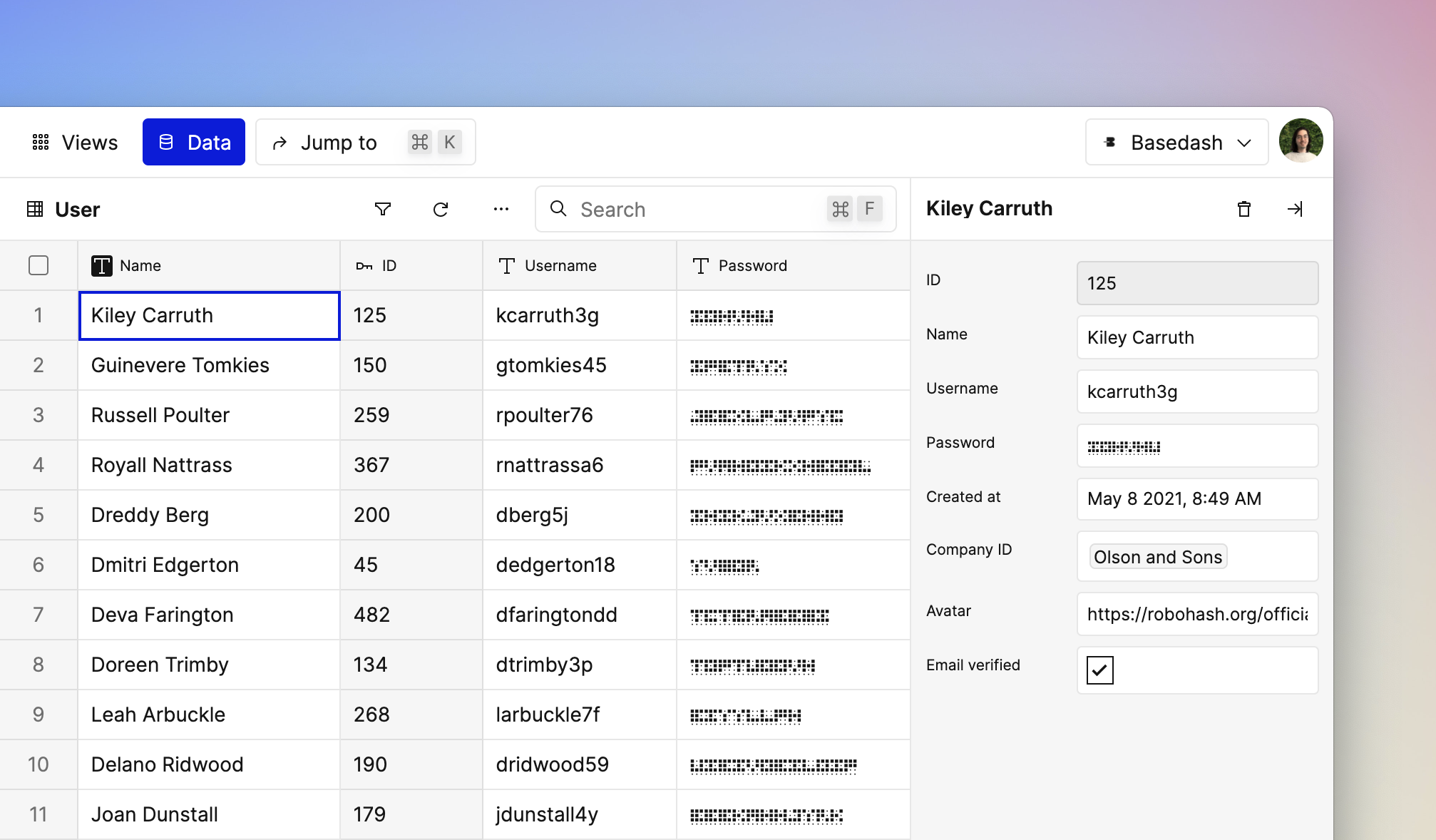 Last year, we introduced List layout to Basedash, which is an alternate way of viewing your data as a simple list, with a panel for viewing details and editing the record. Today, we’re shipping a suite of improvements to the details panel.

First, we’re adding the panel to the Table layout, and tables in the Data tab. With List layout, we were forced to design an interface for editing the data of a single record. After using it in List layout for a year, we realized that the form-based layout would be equally valuable in Table layout, where vertical screen real-estate is limited.

Next, we added the ability to resize and collapse the panel. We didn’t want to force the panel to take up horizontal screen real-estate on all views, so now you can decide when you want it open, and how much space you want it to take up.

Finally, we cleaned up the styling of the panel to make use of some of our new UI components and styles. The panel can also be opened on mobile devices now.

Here's a video of that panel in action:

Moving forward, this panel will act as a launch pad for a slew of upcoming features. We’re not ready to reveal these features yet, but if you’re interested, you can join the beta for them once they become ready by joining our Slack community.