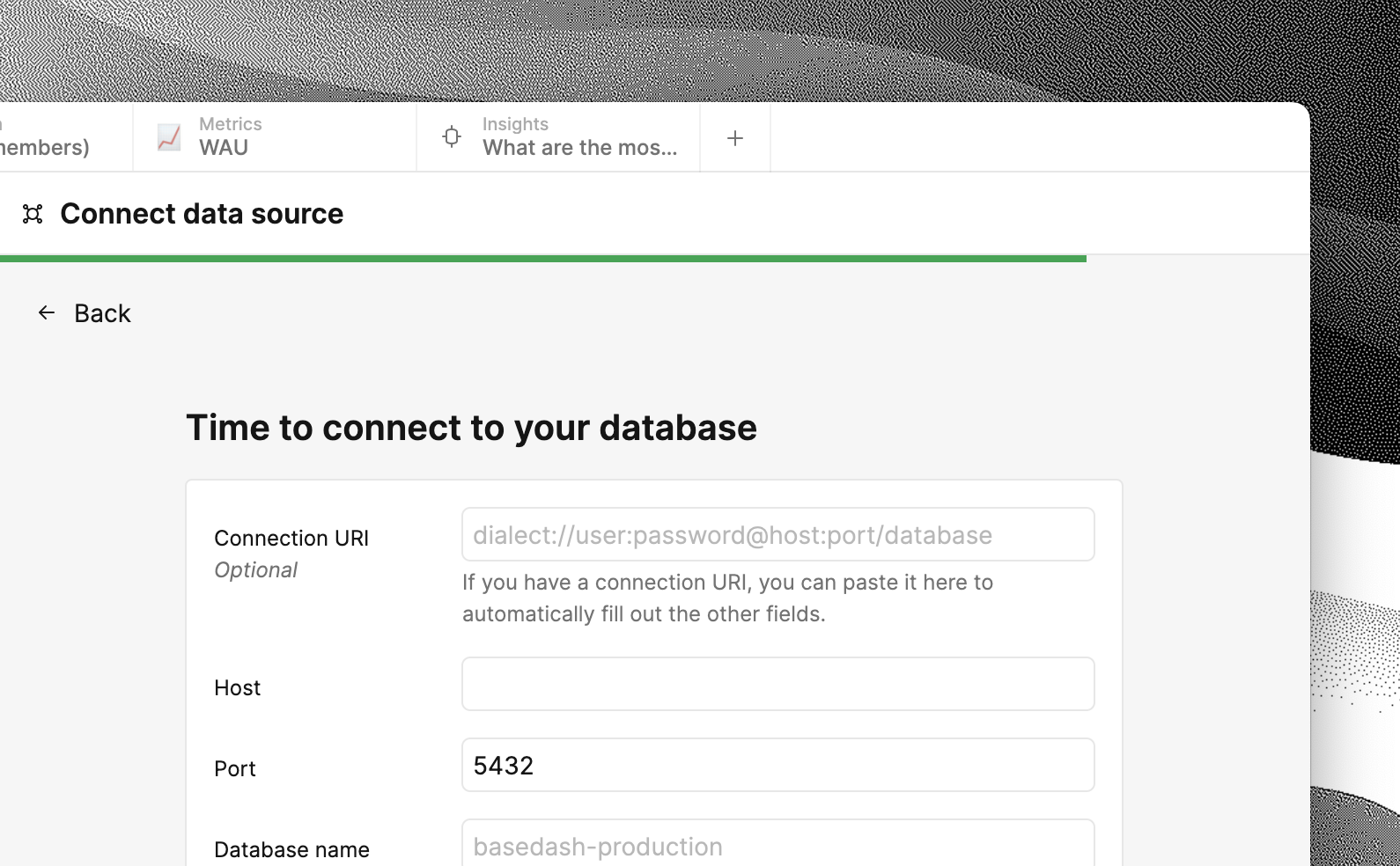 You can now connect a database way faster by just pasting in a single connection URI from your hosting provider. We’ll automatically parse the connection string and fill out the individual field components so you don’t have to.

When you create a new workspace, we’ll now show a simple onboarding checklist so you always know the next step to improve your apps and views. Each step has instructions, docs, and videos to explain how to move forward with setting up your workspace.

When you create a new view, we’ll now automatically choose a relevant emoji to represent your view and make it recognizable. We’re using GPT-3 to choose an emoji based on the name of your view’s base table.